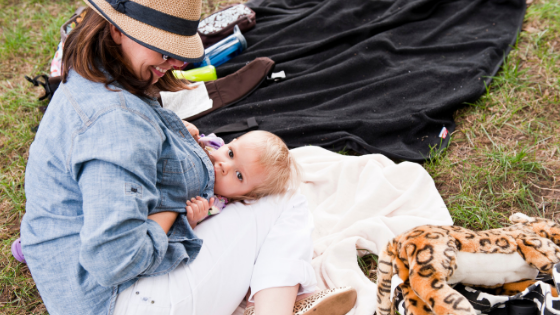 Today is the first day of World Breastfeeding Week and National Breastfeeding Month. Looking back over seven years of celebrating breastfeeding in Richmond, I am moved to tears by the collaborative work that has taken place to move Richmond toward becoming a more breastfeeding friendly community. Please join me on a little sentimental journey.

In 2011, then Mayor Dwight C. Jones authorized a Breastfeeding Commission charged with identifying priorities and strategies to improve breastfeeding rates and eliminate ethnic and socio-economic disparities in breastfeeding. Richmond Healthy Start Initiative Project Director Rose Stith-Singleton was appointed as its convenor. The Breastfeeding Commission, of which I was a member, was remarkable in its diversity and commitment. Consisting of parents, pediatricians, obstetricians, nurses, lactation consultants, childbirth educators, doulas, community activists, researchers, business and insurance representatives, and faith community members, all of us shared a passion for improving the health of women and babies. It was an honor to be part of a group of people who crossed cultural, economic, and professional divides to develop recommendations for the common good of birthing parents and babies in our community.

Richmond Healthy Start Initiative subsequently won a series of grants through the Virginia Foundation for Healthy Youth that supported the creation of a Healthy Communities Action Team (HCAT), #RVAbreastfeeds, which has worked to implement the Breastfeeding Commission’s recommendations since 2013. In 2018, Nurture assumed leadership of #RVAbreastfeeds activities. (Sadly, due to loss of funding, Richmond Healthy Start Initiative will formally close its doors in November. We wish to acknowledge RHSI and the significant work they have done over the last 25 years to promote maternal health and reduce infant mortality in low-income and dis-advantaged communities in Richmond. This loss is a call to action for the rest of us to fill some very big shoes.) 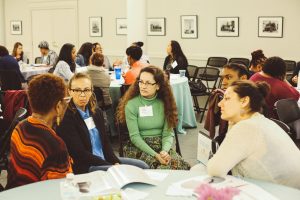 Seven years out, the seeds planted in 2011 have borne significant fruit. VCU Health has completed all 10 Steps of the Baby Friendly Hospital Initiative, and other local hospitals have completed portions of the Virginia Maternity Center Breastfeeding Friendly Designation, which aligns with the 10 Step Program. #RVAbreastfeeds partners have actively promoted partnerships and education among health providers by providing training for health and social service providers. The 2016 RVA Breastfeeding Symposium provided training in the use of Carolina Global Breastfeeding Institute’s Ready-Set-Baby breastfeeding education tool, and the 2017 RVA Breastfeeding Symposium explored the impact of systemic racism on breastfeeding.

On September 26, 2019,  we will host the third RVA Breastfeeding Symposium, which will offer evidence-based lactation education, foster inter-agency network development and problem solving, and promote policy, systems, and environmental changes with regard to lactation to an audience of 125 service providers and community advocates. The RVA Breastfeeding Symposia are likely the single largest convening of stakeholders in the local perinatal health ecosystem. 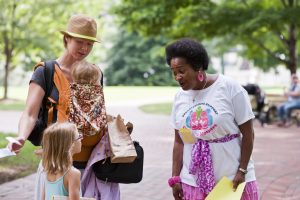 2013 Big Latch On at the Virginia State Capitol

We’ve also been active in promoting breastfeeding as a cultural norm through events such as the 2013 Big Latch On and 2014 RVA Latches On events at the state Capitol, and public awareness campaigns that have taken place during World Breastfeeding Week (August 1 – 7) since 2015. Over the years our coalition members and volunteers have shown up on city streets, in public parks,  grocery stores, at bus stops, First Fridays, National Night Out events, and elsewhere sharing information about breastfeeding and learning what local people have to say about it. Over 150 local businesses now display our iconic “Breastfeeding Welcome Here” decal, and we’ve distributed over 30,000 Guides to the Newborn Stomach to local hospitals and community clinics. We routinely get requests for these guides from other cities across the country. 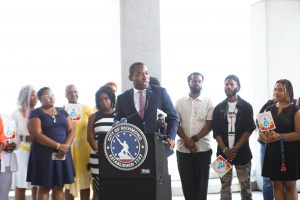 In 2018, #RVAbreastfeeds served as the umbrella for a grass-roots led initiative that launched a city-wide Black Breastfeeding Week RVA campaign and resulted in a Mayoral Proclamation.

Behind the scenes, we’re fielding calls from local residents whose right to breastfeed in public have been violated, and are working with local and state-wide advocates to shape policies that will help move us toward becoming the truly breastfeeding friendly community that our laws and public health departments envision. This year we are seeing a blossoming of activity related to breastfeeding awareness co-hosted by multiple partners in the Tri-Cities area.

We have much to celebrate. And our work is not yet done.

The structural barriers that affect the ability to breastfeed are staggering. The United States is the only developed country that doesn’t have some form of paid parental leave: 25% of mothers in the US return to work at less than 2 weeks postpartum. Workplace lactation support and policies are often inadequate or non-existent. Unconscious bias among health care providers and lack of culturally relevant lactation support contribute to disparities in breastfeeding rates by race and ethnicity,  which in turn affect infant and maternal mortality rates.

Please join us on Facebook as we celebrate our community’s Breastfeeding Champions and learn about ways each of us can contribute to creating a more supportive environment for the 15,000 or so people who give birth in the Richmond region each year.

The work is hard, the hours are long, and our commitment is unstoppable. We invite your support during World Breastfeeding Week and throughout the year as we continue to work toward building a community that truly supports its newest families.

Because support changes everything.

Click below to see a video retrospective of #RVAbreastfeeds activities from 2013 – 2018, then hop on over to our sister site at RVAbreastfeeds.com and listen to Cecilia Barbosa’s 4 minute essay “Breastfeeding is Hard . . . or is it?”

Leslie Lytle is the Executive Director of Nurture and coordinates the #RVAbreastfeeds Healthy Community Action Team.